New Delhi : Bollywood actor Vinod Khanna who was hospitalized after he complained of "severe dehydration" is reportedly suffering from Bladder Cancer.
Meanwhile, a picture of Vinod Khanna with his family in the hospital has gone viral and has become talk on the social media. In the picture, the actor's looks very pale and a major change has been noticed.
But in the main time, the family has not yet confirmed the news about him suffering from cancer and Doctors have also not responded on thi.
While the family of the actor is yet to confirm the news, a picture went viral on Thursday, showing a pale-looking Vinod with his family.
Veteran actor Vinod Khanna was hospitalized in HN Reliance Foundation and Research Centre in Girgaum. Earlier, Khanna's son, Rahul said the doctors are looking to discharge him soon. 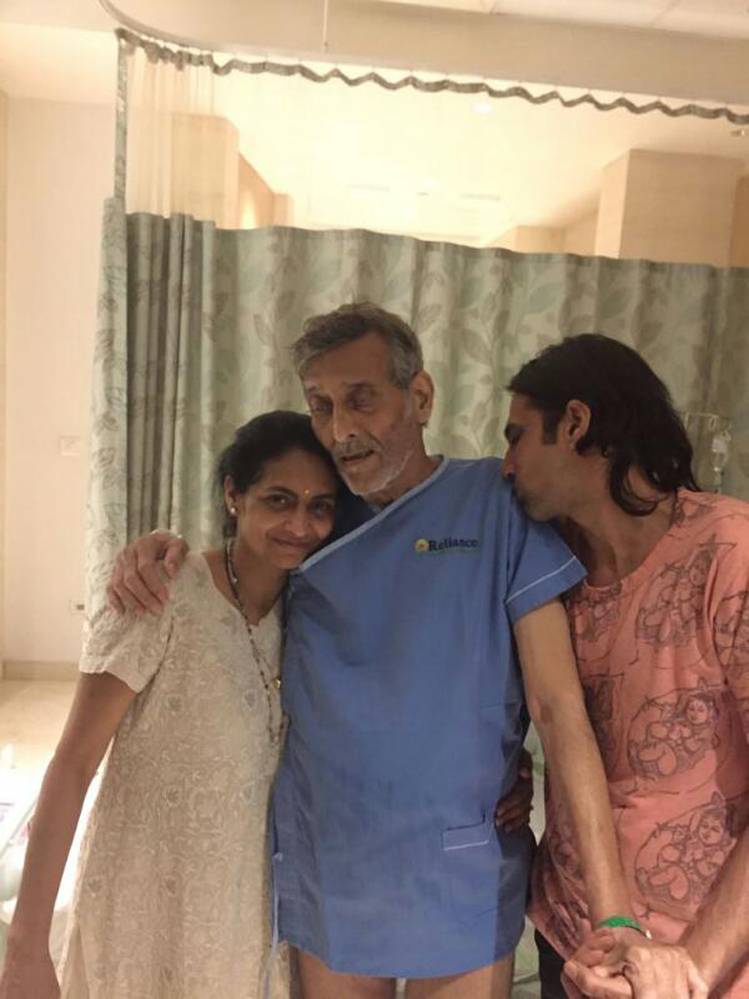 "Dad was hospitalized on Friday for severe dehydration. The situation was quickly brought under control, he's doing much better and the doctors are looking to discharge him soon," Rahul told PTI.
"Our family is most grateful for the extraordinary care he's been receiving at the hospital and we are touched by all the good wishes pouring in," he adds. Hospital sources also confirmed that the actor is recovering well and is much better.
We wish Vinod Khanna gets well soon.
Courtesy : newsnation.in