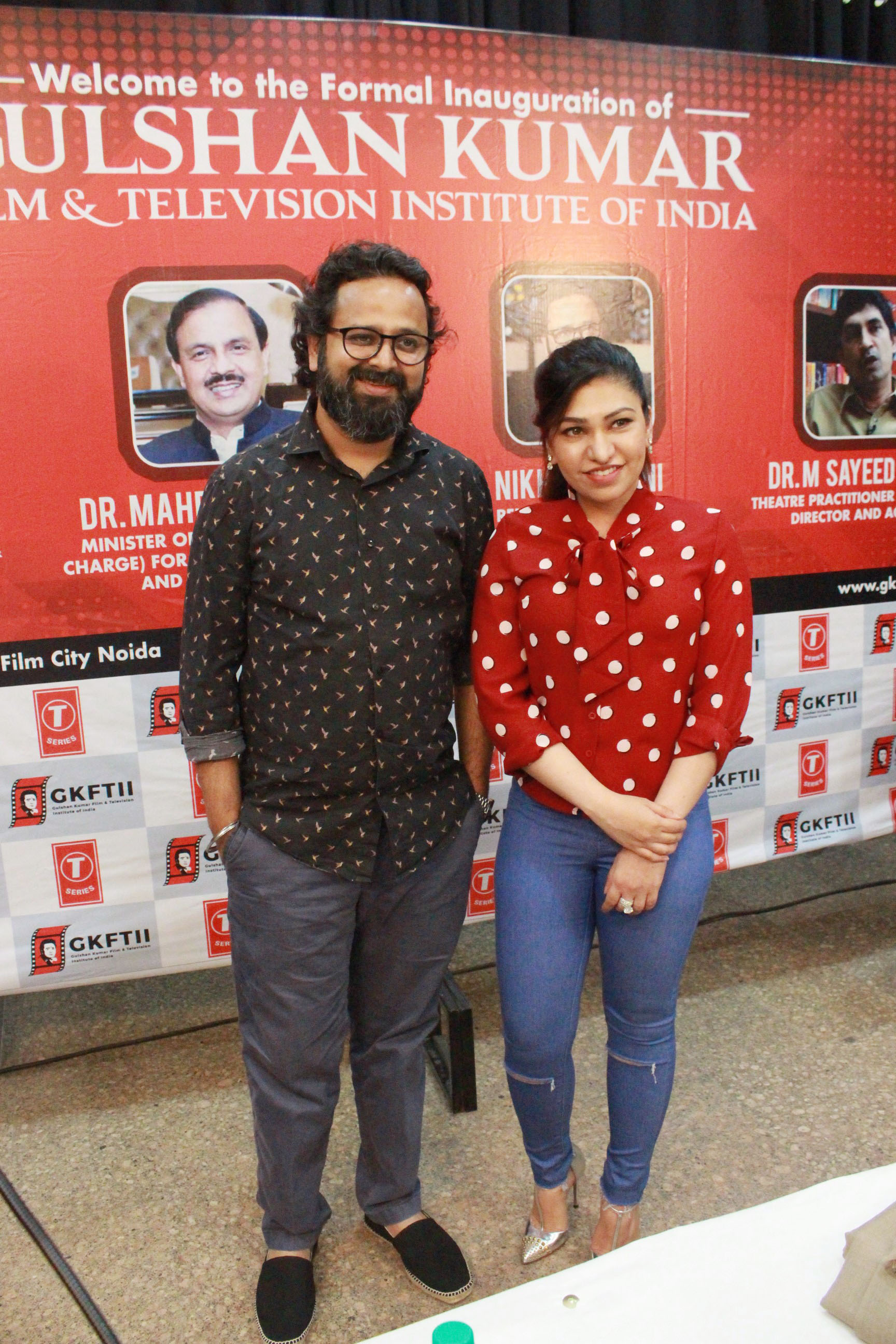 While motivating the batch of students, the personalities from entertainment industry also interacted with media and shared the uniqueness and motive of the Institute. Dr. Mahesh Sharma inspired the students and told the gathering that the field they had chosen was very fulfilling and had lots of scope. Whereas, Dr. Sayeed Alam stated, "GKFTII has all that is required for a student to be a succesful in the profession provided you are willing to pick up every bit of gem taht is given here during the training."

Whereas, Tulsi Kumar, seemed excited and confident for the launch of the dream project. As per her words she wanted her students to be creative and hardworking in the filed. "That is the eternal success mantra" she said. Even prof. Kalyan Sarkar, Dean of GKFTII shared his views and asked students not to be deterred by the competition in the field.
Well, GKFTII, the next big name for garnering excellence in Film making specialism across the country offers professional training guidance in the field of film making, acting camera, journalism, photography and all other creative domains.